The Chinese security apparatus has tightened controls considerably, ahead of the Beijing Olympics. Chinese dissidents with grievances have been rounded up, or kept from entering Beijing by policed security cordons that ring the city. Congressmen Frank Wolf and Chris Smith, two outspoken critics of China』s human rights record, travelled to Beijing while there was still time before the Olympics for China to demonstrate its commitment to human rights. They had invited a number of dissident lawyers to meet with them their first night, however these lawyers were intercepted before they could make their appointment with the Congressmen. That afternoon police had taken two lawyers from their homes, blocked another lawyer from leaving his apartment, and warned off or barred at least six other invited lawyers.

Congressman Chris Smith, a long time critic of china』s human rights record, introduced house bill two-seventy-five, the Global Online Freedom Act, through which U.S.-based companies could be held liable for helping officials in other countries censor the Internet. The Global Online Freedom Act will bar U.S. companies from disclosing personally-identifiable information about a user, unless that information is needed for 」legitimate foreign law enforcement purposes.」 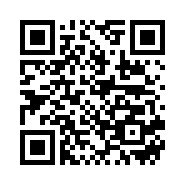